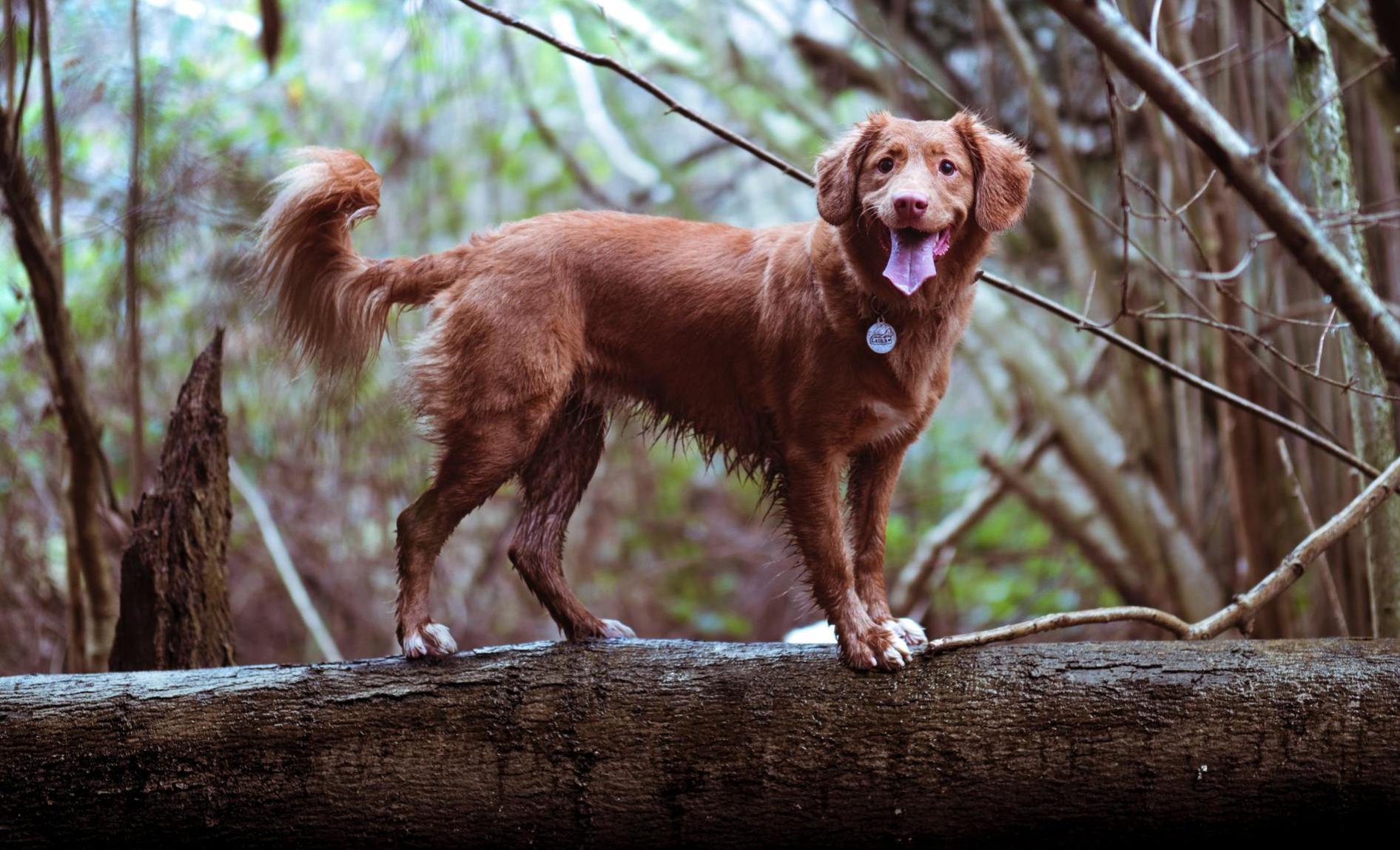 Are you barking up the wrong tree with your Cloud Strategy?

Posted on 23rd May 2022 at 13:57
When it comes to Cloud Strategies, there are two main types: The Cost-Saving Strategy and The Innovation Strategy.
For many organisations, saving costs tends to be the main driver, but we’re seeing more of those businesses prioritising innovation enjoying more value for money.
The biggest issue is often around organisational mindset when it comes to planning a cloud journey. For example, established companies often try to apply the same technical designs to the Cloud when they’re considering the development of a new application, seeing them defaulting to Virtual Machines running a web front end and a backend database.
Conversely, 'Born in the Cloud' start-up companies begin with more modern patterns in mind. They might design a new application around microservice architectures, NoSQL databases, and a general Agile methodology around the build process.
The Cost-Saving Strategy
Companies that opt for this strategy are often well established, have existing on-premises hardware, and have a traditional view of application architecture. Therefore, the reason to move to Cloud will be to save costs by moving from a large, CAPEX expenditure on hardware and data centre fees, to an OPEX pay-as-you-go model with a Cloud vendor.
For these organisations, the first step will most likely be a lift and shift exercise of existing Virtual Machines, which - if we compare VM costs against buying new physical hardware, licenses, electricity - does generally result in a cost-saving.
The key thing is that the first choice of technology, when going for cost savings with a traditional mindset, is often Virtual Machines, or Infrastructure as a Service (IaaS).
The Innovation Strategy
The use of cloud-native components (i.e. vendor-managed) and microservices, combined with an Agile approach that embraces a 'fail fast and iterate' mindset, tend to be more innovative. It could be argued that to truly innovate, organisations must push the boundaries and not be afraid to fail - because if they do fail, they can quickly respond and adapt.
Cloud platforms enable businesses to build a service, test it and then destroy it, all within a matter of hours or even minutes. This means there’s no need to worry about investing heavily in hardware and software licenses, which in turn means the risk and cost of innovation are substantially reduced.
With this in mind, the choice of technology is often cloud-native services such as Platform as a Service (PaaS) or serverless.
Comparing Options
Let's start comparing some numbers. For this exercise, I have imagined a fairly common web application - 2 virtual machines built as a Web Farm, and a SQL Database backend built as a 2 node cluster, but using a Standard SQL License (as opposed to Enterprise).
I've also used Azure, and therefore the Azure pricing Calculator and the Azure Total Cost of Ownership Calculator.
The traditional, enterprise customer who is targeting cost savings would probably feed in some basic data into the calculators and come up with an on-premises cost of around £140k, which, when spread over a typical 5-year lifecycle, comes to about £35k a year or around £3k a month - taking into account ongoing support, electricity, datacentre charges, etc.
A move to Azure using pure IaaS, such as Virtual Machines, comes to just over £20k a year or £1800 per month. That's a £15k costs saving PA, which is certainly not to be sniffed at.
However, let's consider the modern thinking enterprise that is targeting innovation over cost savings. They may opt for more dynamic serverless components, such as Azure Functions, and a SQL service that dynamically expands based on usage. For simplicity, we'll continue to assume a fairly simple 2-tier architecture, but the key is that if the system ISN'T being used the cost is next to nothing and scales up and down in response to demand.
As a halfway house, let's also look at using Web Apps as a 3rd comparison, but with a static SQL backend. Again, the key here is that rather than two powerful Web Apps that are always on, to mirror our 2 server Web Farm, we'll instead use low spec'd Web Apps but set them to scale out and back in based on usage.
Assuming an in-house app that has peak and trough usage through a typical day, we can see that dynamic usage can have quite an impact on the overall cost. 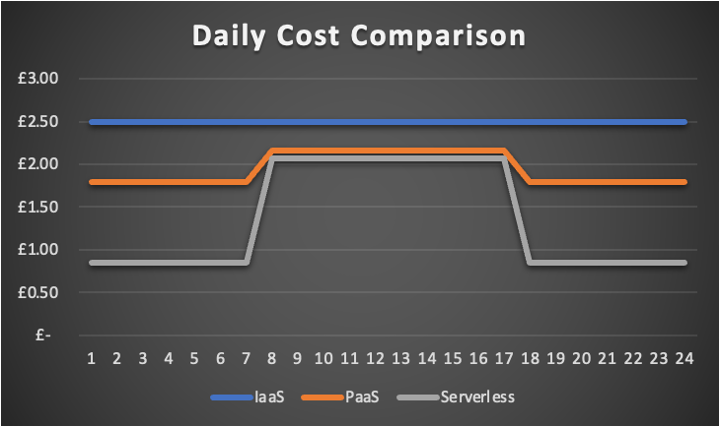 We've assumed a fairly flat usage here - basically, core hours of 8am - 6pm - there would probably be other variations, such as a lunchtime lull. If we expand this to a monthly view, we again get more savings at a weekend. 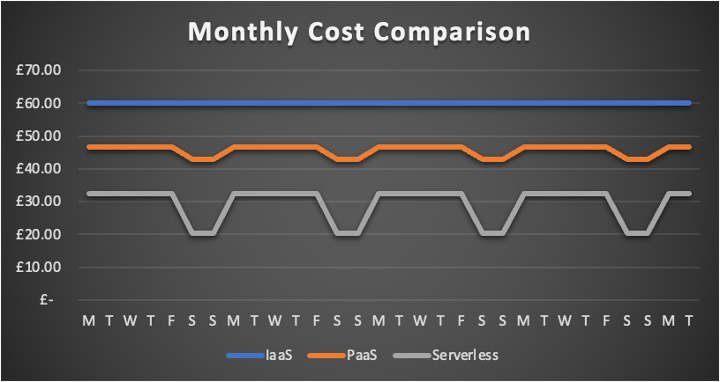 Finally, let's plug these into a yearly view with costs accumulating - I've also added in the on-premises costs from the Azure TCO calculator. 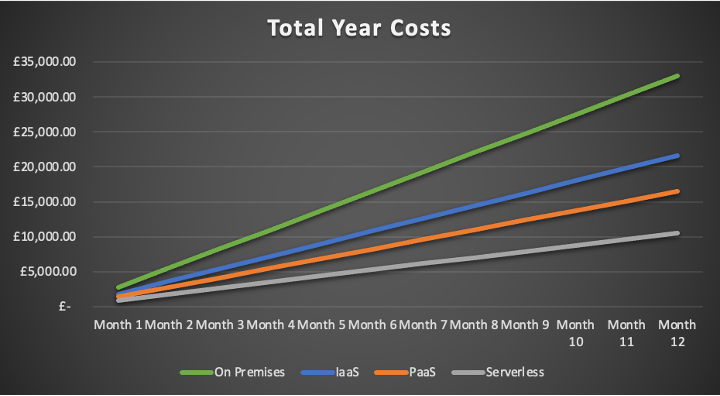 As we can see, IaaS certainly gives us a cost-benefit over on-premises, however opting for cloud-native options that automatically scale gives us even more.
Conclusion
Opting for a cost-saving strategy is certainly a valid path when moving to Cloud, however, if the implementation is still rooted in traditional views, then organisations may be missing out.
Choosing instead to be more innovative can not only help businesses stay ahead of the competition as they build cutting-edge solutions, but it can save them more money.
Talk to Iridium
Our industry-leading Cloud Practice team works with businesses to understand their goals and establish tailored Cloud Strategies, allowing them to innovate, save money and optimise agility. Please don’t hesitate to contact Iridium’s Cloud Practice lead, brett.hargreaves@ir77.co.uk, with any Cloud questions or requirements.
Tagged as: business transformation, cloud, cloud strategy
Share this post: