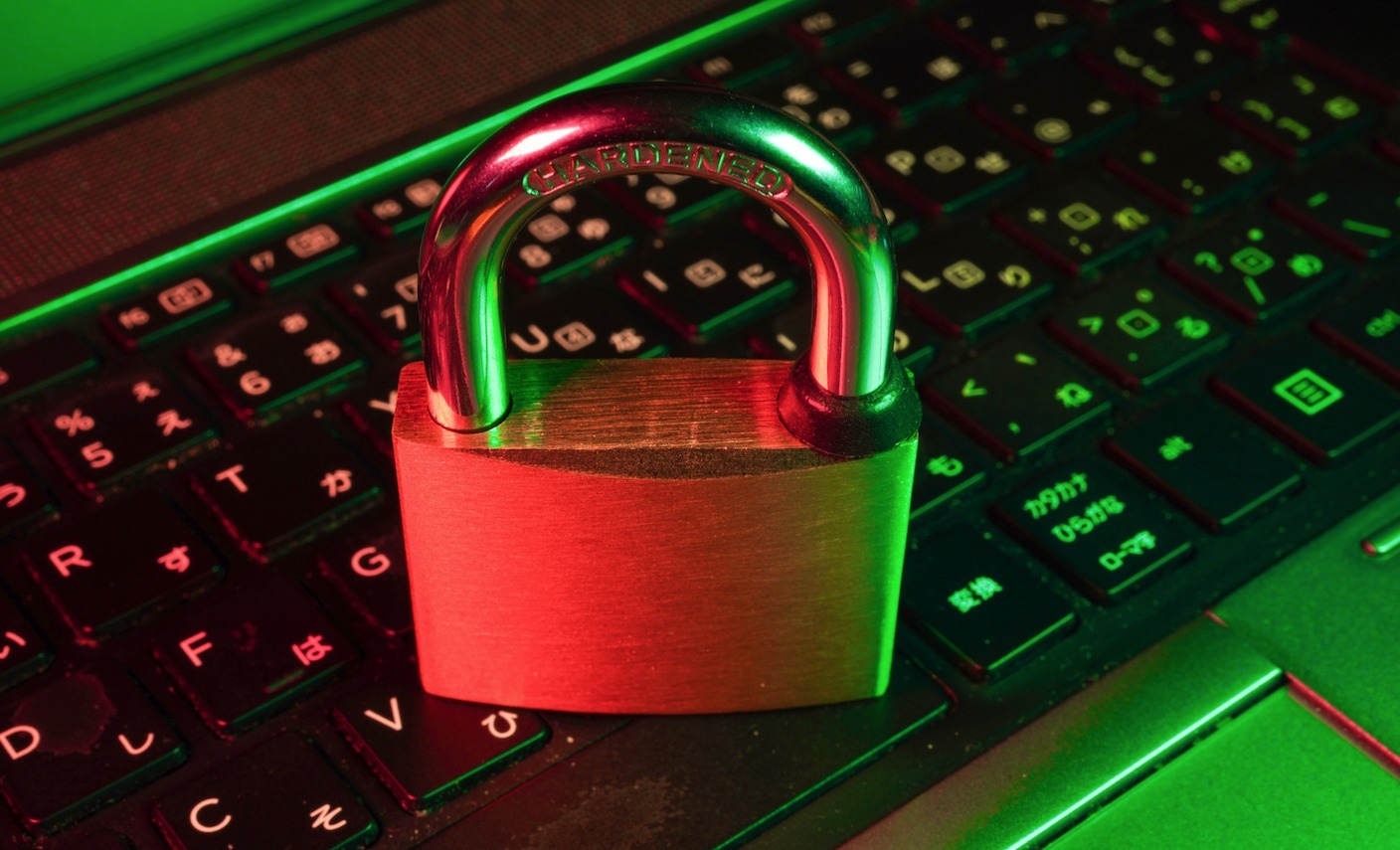 Is your Cloud platform secure by default? By Brett Hargreaves, Cloud Practice Lead at Iridium

Posted on 11th July 2022 at 13:15
Background
Many companies have internal and external security requirements for both regulatory and safety reasons. A common mistake made by many organisations is that they assume the same mindset when building Cloud applications as they do when building on-premises systems.
From a security perspective, this can lead to resources being deployed that are not as secure as believed, or simply non-compliant with an organsation's policies.
This comes from the fact that established enterprises have developed a strict and robust governance and review process for new systems, along with physical and technical security controls to protect internal systems. The most obvious of these is the corporate firewalls, which sit at edge of an on-premises network and control the flow of traffic both inbound and outbound.
As an on-premises network is wholly internal and external, access must be explicitly designed and configured. In other words, if no access is requested for a new system or application, the default will be for access to be blocked. 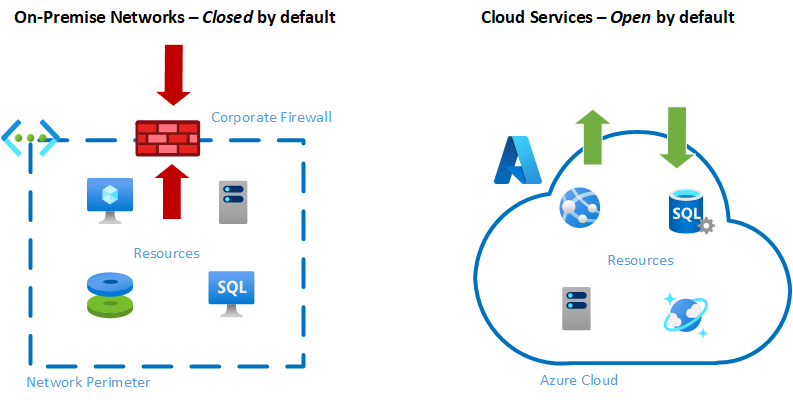 For cloud services, such as those built in Azure, many services are accessible by the internet by default. This includes web apps, virtual machines, storage accounts and, to a certain extent, SQL and Cosmos Db databases.
This means that network level security must be explicitly designed and built if external access to components is desired.
Network Versus Identity Security Controls
Although components in Azure, such as Storage and Databases, use keys to protected access to them, these keys only represent a single control. Modern Cloud-based systems should always adopt a ‘Security in Depth’ approach – this means that you should always assume at least one security layer can fail, and therefore you should employ controls in multiple areas to mitigate this risk.
As an example, in August 2021 an update to the Jupyter Notebooks feature of Azure Cosmos Db caused a flaw that lead to a Cosmos databases access keys being accessible WITHOUT authenticating to the Azure tenant.
For customers who had an open network policy and relied solely on access keys to protect their Cosmos Dbs, they were at significant risk of being compromised. However, if policies and standards were in place to restrict access to specific internal networks or addresses ranges, even if keys had been compromised, they would still be protected at the network layer.
In another example, a developer may inadvertently publish code that contained access keys to a public GitHub repository. Again, if network level controls are enforced, a malicious actor still cannot access the storage account even if they have obtained those keys.
Solution? Establish Secure Landing Zones
Many cloud providers now recommend the use of Landing Zones. These are standardized and automated platforms that ensure that your services are secure and compliant whenever any new service is deployed – without any involvement from an engineer – security rules should be applied by default, not exception.
Creating secure Landing Zones is essentially a two-part process. The architecture, or design principles, will dictate how resources in Azure should be configured and then tooling such as Azure Policies, Blueprints or pre-built CI/CD pipelines can be employed to enforce those principles.
We will first look at some example design principles, before then looking at technologies that we can use to automate them.
Design Principle 1 – employ a hub-spoke network model with a centralised firewall.
A hub-spoke network model enables a single point of egress, and/or ingress traffic.
For egress traffic you must deploy spoke VNETs that are peered to the hub VNET. Within the Hub you can then deploy either an Azure firewall, or 3rd party option.

User Defined Rules (UDR) must also be created in the spoke networks to force traffic out through the firewall.
The Hub Spoke model can also be used for ingress, however many Azure services, such as App Gateways or Azure Frontdoor, provide more advance firewall services for protecting applications from advanced attacks.
Design Principle 2 – Inbound public (web/https) traffic should always be via App Gateway / Front Door
All public traffic should be via an Application Gateway or Frontdoor service. Both these services include Web Application Firewall (WAF) capabilities for adding packet level inspection. By default WAF services are either disabled or set to audit only. For new services the WAF should be set to Audit for a period of 3 months and the logs monitored for issues. Once any identified issues are remediated the WAF should be set to block.
In order for a WAF to be effective, services should be configured to only allow traffic from the App Gateway/Frontdoor and not any other route. How this is achieved is different for each service, the following are some examples.
· App Services / Function Apps (on Premium plan)
o Enable VNET integration for internal & outbound comms
o Set Access Restrictions to restrict access from App Gateway / Frontdoor
· AKS Clusters
o Build AKS as internal clusters
o Control inbound and outbound access via NSG
Design Principle 3 – Restrict access to storage and Databases to only allow from internal IP ranges or VNETs